Bart Newton
Child of God, disciple of King Jesus, husband of one, father of three, father-in-law of three, grandfather of six, manager of much, owner of nothing.

For years I didn't mess with aftershave lotions. Vanity! But, I'm beginning to realize that we're to enjoy simple pleasures, within the loving boundaries God intended, provided we do not allow them to become obsessions that replace Him as Priority One. So, now I splash on some good smellin' stuff regularly. Here are a couple that you might enjoy yourself: 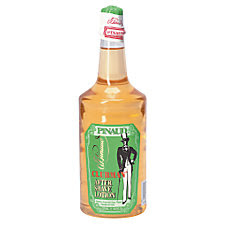 I cut this "barber-shop-smell" stuff 50/50 with witch hazel. Some swear by Thayer's or Dickson's but I buy the less expensive witch hazel brands from Dollar General here in the wee town of Owensville. I have to drive all the way to Princeton (12 miles) to get the Clubman from CVS or Walgreen's. But hey, if I time it just right, on the way I can stop by Kempf's Donut Bank for a coffee and glazed sour cream donut! 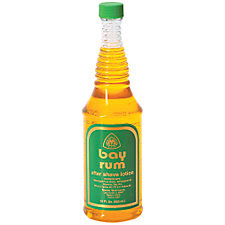 Now this here aftershave I had to drive a ways to the big city of Evansville (30 miles) because that's the closest Sally Beauty Supply. No big deal, though. I'm often in the big city making pastoral hospital visitations. (That's not to say that I don't ever stop at a Donut Bank while there, too!) In my opinion, the Master's Bay Rum aftershave has a clovey aroma, kind of Christmasy. However, my older daughter says it just smells nice and clean to her. Anyway, it's my favorite for right now and it's not expensive either. Plus, if you think you might have splashed on a bit too much of it, the fragrance dissipates rather quickly.
Posted by Bart Newton 2 comments: